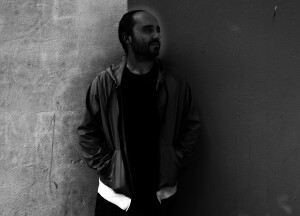 Filmmaker and artist born in Barcelona in 1974, his practice encompasses film, sound and the visual arts.

Filmmaker and artist born in Barcelona in 1974, his practice encompasses film, sound and the visual arts. He is author of End, dedicated to the most extreme environments on the planet, and Avalanche, a lifelong and site-specific film project based on one of Pamir’s highest inhabited village has been presented in museums, festivals and gallery spaces around Europe and the USA. His films have been shown in many festivals such as Venice Film festival, FID Marseille, Documenta Madrid. His works have been exhibited in museums and galleries, such as Tate Modern, London, Fondation Cartier, Palais de Tokyo, Centre Pompidou, Paris, Hangar Bicocca, Milan, CCCB Barcelona, among others. Cemetery his latest project is a take on the myth of the elephant cemetery and it has been awarded in Fid Marseille, as well as presented in international festivals. He was creative director of Colors Music and Films from 2005 to 2008, he is co-founder of Map Productions and the visual sound label Von Archives. He is a visiting professor at Dartmouth College USA, and ECAM Madrid. He lives and works in Paris. 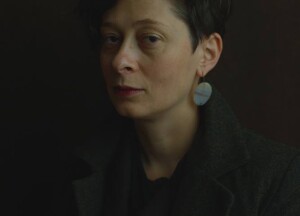 Born in Tbilisi in 1981, she first studied journalism and worked as a reporter for several years. In 2005 she was awarded a British Council scholarship to study documentary filmmaking at Royal Holloway, University of London.

Born in Tbilisi in 1981, she first studied journalism and worked as a reporter for several years. In 2005 she was awarded a British Council scholarship to study documentary filmmaking at Royal Holloway, University of London. Upon her return to Georgia, she founded production company Sakdoc Film. Salomé’s The Dazzling Light of Sunset (2016) received the Main Prize at Visions du Réel’s Regard Neuf Competition as well as at ZagrebDox, Jihlava IDFF, Valdivia IDFF and several other festivals. Bakhmaro (2011), made in co-production with ma.ja.de. filmproduktion and MDR/Arte, received an Honorary Mention for a Young Documentary Talent at DOK Leipzig, was awarded as the Best Central and Eastern European Documentary at Jihlava IDFF, and was nominated for the Asia Pacific Screen Awards and Silver Eye Awards. Salomé is part of a creative collective L'Oeil Ecoute, which creates multisensory art performances. She is a 2020 fellow of DAAD Artists-in-Berlin Program and a recipient of Nipkow Scholarship in 2017. Among her works, The Tower (2018), The Leader is Always Right (2010), Their Helicopter (2006). 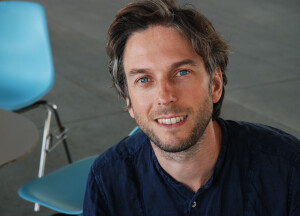 Born in Sarentino in 1976, he graduated in Communication Science in Vienna, and in Film in London.

Born in Sarentino in 1976, he graduated in Communication Science in Vienna, and in Film in London. Since 1999 he has lived in Rome, where he is a correspondent for the French-German TV channel “Arte”. With his husband, Luca Ragazzi, he directed Improvvisamente l'inverno scorso, presented at the Berlinale in 2008, where it received the Manfred Salzgeber Award - Special Mention. The film won the Nastro d'argento for best documentary in 2009 and 20 prizes all over the world. In 2011 he directed Italy: Love It, or Leave It, presented at Milan Film Festival, where it won the Audience Award and the Jury Prize. The film screened in over 200 festivals all over the world and in cinemas in Germany, Austria, Switzerland, The Netherlands, Italy and Canada. In 2013 the couple’s third film What is Left? participated at Minneapolis International Film Festival, Hotdocs Toronto and Brussels IFF. DicKtatorship – Fallo e basta – came out in 2019, presented at festivals such as Hotdocs and Biografilm. Since 2020, he has worked for the newspaper Neue Zuericher Zeitung. 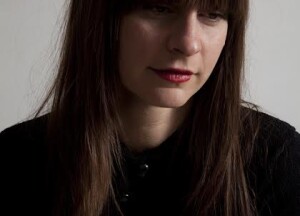 Grown up on a farm in New Zealand, she studied English Literature and Political Studies in Otago. She travelled the world as a language teacher, before graduating in Journalism.

Grown up on a farm in New Zealand, she studied English Literature and Political Studies in Otago. She travelled the world as a language teacher, before graduating in Journalism. She now lives in Berlin, where she is a freelance journalist, film critic, and programmer, specialised in the art, culture and politics of Eastern Europe and the Caucasus. She has written for publications including The New York Times, The Guardian, Screen International, and is Chief Critic for Modern Times Review: The European Documentary Magazine. She was previously based in London, where she was the Film Editor of Dazed & Confused magazine, and was a programmer for Into Film. She is currently on the selection committee for the Winterthur International Short Film Festival in Switzerland and participates in the selection process for London festival Open City Docs. She has programmed for Berlin Critics' Week, and has curated special screenings for festivals in Russia and Portugal. She has also worked in film distribution for Pinball Films and as a consultant for Norwegian cross-media productions. 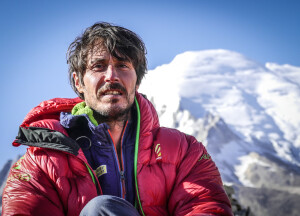 Born and grown up in Varese, he started climbing when he was 12 years old, thanks to his father.

Born and grown up in Varese, he started climbing when he was 12 years old, thanks to his father. At the beginning climbing didn't particularly hit him, but, with time and after many ascents, his passion for this discipline exploded. In 2006 he joined the group of Ragni di Lecco and he had the opportunity to grow as a mountaineer. In 2008 he graduated in Management Engineering and continued his studies with a PhD until 2012, but without ever getting away from his true passion: mountaineering. That same year he embraced the choice of dedicating full time to alpinism and climbing as a professionist. His favorite terrains are the biggest and most remotes walls in the planet, where the challenge is already to get there and not only to be able to climb up, possibly in free climbing, with little material and on high difficulties. He is truly in love with Patagonia, but some other favorite destinations for him are Greenland, Pakistan, India and Baffin Island. He likes to practice an essential, concrete, light mountaineering, which compares the man with the mountain on equal terms.