In the mountains behind the sleepy coastal town of Powell River, a small group of rock climbers has spent decades quietly pioneering routes on some of the largest granite walls in Canada. As the last stands of old-growth trees harboured in these valleys come under threat of logging, the climbing community faces the uncertain future of a place that has come to define their lives and legacies. A snapshot of outdoors culture in British Columbia.

Born and raised in the Coast Mountains of British Columbia, a life spent exploring the dark and wet corners of the temperate rainforest has helped inform his interest in sharing stories about our relationship with the natural world. Residing in Vancouver, he is developing his talents as a filmmaker specializing in outdoor adventure media content. 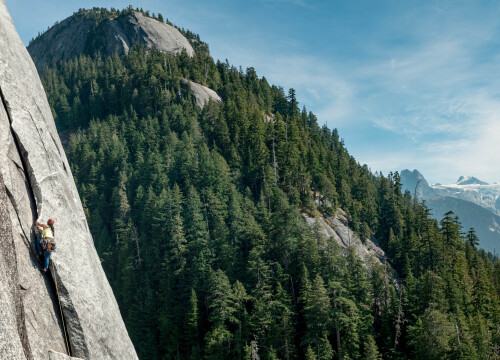 On The Verge is part of this program: