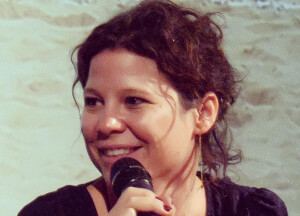 A member of the Cannes Directors’ Fortnight selection committee since 2012, she is also programmer for Angers Film Festival, artistic director of Ulaanbaatar International Film Festival, and consultant for the Neuchâtel Fantastic Film Festival and the Zürich Film Festival.

Anne Delset studied journalism in Fribourg, Switzerland, also earning a Master’s degree in Cultural Management. From 2008 to 2011, she was first assistant then deputy to the artistic director of the Fribourg Film Festival; in 2011 she worked in international sales at Urban Distribution. Then a member of the Cannes’ Directors’ Fortnight selection committee since 2012, she also joined the selection team of the Locarno Festival for the 2018 edition. She directed the HEAD (Geneva) and ECAL Master’s in Film Studies in Lausanne for 7 years and now runs an arthouse cinema. She is also programmer for Angers Film Festival, artistic director of Ulaanbaatar International Film Festival in Mongolia, and consultant for the Neuchâtel Fantastic Film Festival and the Zürich Film Festival, she also is an active member of numerous Swiss cultural management organizations. 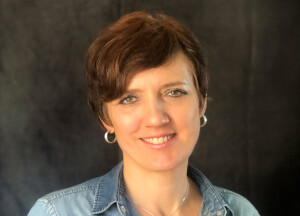 Cinzia Angelini, director and creator of animated films, has worked  for major international studios in the animation industry for more than twenty-five years. While she started out as both a 2D and 3D animator, she later became a story artist for Warner Brothers, Sony Imageworks, Duncan Studio, Disney Animation Studios, Dreamworks and Illumination Entertainment. Her body of work includes BALTO, PRINCE OF EGYPT, SPIRIT, SPIDER-MAN 2, BOLT, THE MINIONS MOVIE and DESPICABLE ME 3. Cinzia is currently directing HITPIG, an upcoming animated feature film for Cinesite Studios. Cinzia has also written and directed MILA, a high-quality CG short film about a little girl from Trento, whose life takes an unexpected turn in WWII. The notoriety she gained from her development of the virtual studio and crew for Mila, led to an invitation to speak at TEDx Trento, and at TEDx Vail-Colorado. There she introduced her idea of bridging cultural diversity through the magic of animation. Cinzia moved to Los Angeles in 1997, where she currently lives with her family. 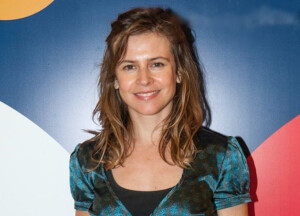 A lecturer and director, her work has been screened and given awards all over the world. In 2020, Kering and the Cannes Festival awarded her the Women in Motion Young Talent Award.

A filmmaker and lecturer born in Bolzano, after literary studies in Bologna and Paris, she went on to study theatre and screenwriting in Buenos Aires. Her documentaries have won awards at Turin Film Festival, Special Mention at the Solinas Prize and nomination for the final five of the David di Donatello. The script of her first fiction film HOGAR was selected for Berlinale Script Station 2015, and she won the ARTE International Prize and Special Mention at the 64th San Sebastian Film Festival. The film was presented with the title MATERNAL at the International Competition of the 72nd Locarno Film Festival, where it won four prizes. Since then it has been selected for more than seventy international festivals, receiving over twenty awards and has been purchased by several countries. In 2020, Kering and the Cannes Festival awarded the director the Women in Motion Young Talent Award.

Co-owner of production companies in both Copenhagen and Nuuk, he aims to build a bridge between Europe and the Arctic, producing and distributing authentic stories set in Greenland for international audiences.

Born in Copenhagen in 1979, but grew up in Nuuk, Greenland. Co-Owner of production companies in both Copenhagen and Nuuk, Emile Hertling Péronard aims at building a bridge between Europe and the Arctic, producing and distributing authentic stories in a Greenlandic context for international audiences. Through his involvement in the Greenlandic filmmaker’s association, FILM.GL, Emile Hertling Péronard has also been highly active in promoting Greenlandic film content internationally, setting up talent development initiatives for Greenlandic filmmakers, as well as improving general conditions for film production in the Arctic. 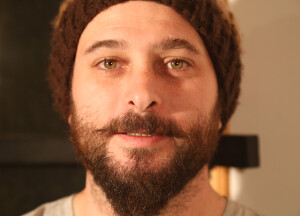