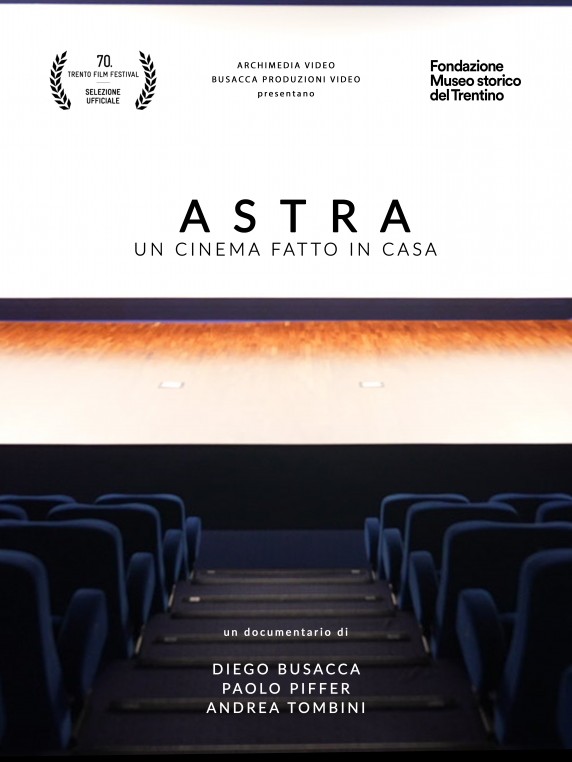 The film tells the story of a family cinema that closed on 30 November 2021, after 69 years of activity. It was 20 September 1952 when the Cinema Astra in Trento officially began its activities, after having hosted the first edition of the International Mountain Film Festival. It is not simply the story of a cinema, but rather recounts the life a whole family, at the same time reflecting a city and society undergoing continuous transformation.

From 1988 to 1996 he worked for TVA (as a cameraman, editor and feature author). He attended the ISCA school of direction in Florence and courses on production, screenwriting and direction. Since 1998 he has been a freelance professional with the one-man company Archimediavideo in Trento. He makes industrial and commercial videos.

Born in 1958, he began working in cinema in June 1979. He has been director and editor at various TV networks. He had numerous collaborations with national networks (Rai and Mediaset) for which he has worked as a director and editor. He is the owner of the company Busacca video productions. Among his last works, a documentary about a recent winter expedition in Alaska by the explorers Maurizio Belli and Fulvio Giovannini.

Born in Trento in 1961, he has worked as a journalist since 1987 and as a professional since 1995. He has worked in radio and television. Contributor to the newspaper "Corriere del Trentino", to the weekly publication "Vita Trentina"; he also works at Rai headquarters in Trento.