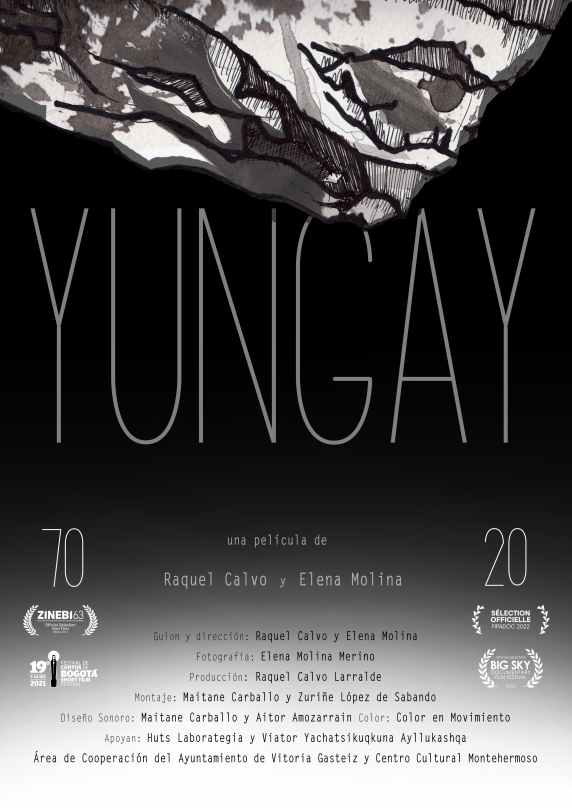 In 1970 an avalanche erased the colonial town of Yungay. A bunch of survivors fought for its rebuilding, just a kilometer away. Now they struggle with their memories, daily life and the menace of Peru’s highest peak, Huascarán, which provides them with water while threatening to crush them again. The mountain, once sacred and now feared, speaks for itself. Those who still remember know they should pay attention. The ice breaks off, the earth trembles.

Journalist and social communicator. During the production of LAATASH she met Elena Molina, with whom she shares the commitment to tell stories with a critical perspective to promote social justice and human rights.

She has developed documentary projects selected and awarded in festivals all around the world. In 2018 she directed her first feature documentary RÊVE DE MOUSSE.