What happens to African migrants once granted political refugee status? Which challenges they will need to face and what are their prospects for a decent livelihood in Italy? Since December 2008, an abandoned clinic in Turin has been squatted by more than 200 refugees, all of whom are legal. Set in a working-class neighbourhood, this five-storey building is now inhabited by Somali and Sudanese refugees.

Rossella Schillaci was born in Torino (Italy) in 1973, attended “I Cammelli” Video School and earned a masters degree in Visual Anthropology at Manchester in 2000. She made her directorial debut with the awardwinning Ascuntami (2000) followed by Pratica e Maestria (2005). She has co-directed productions for RAI and Endemol. Her TV documentary “Living Beyond Borders” (2004) was filmed in India. 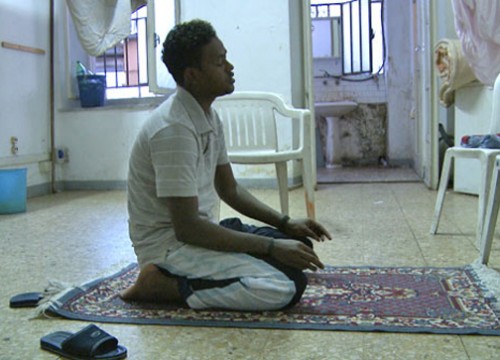