In the forest of Heilongjiang, in a province of the People’s Republic of China, in the north-east of the country, bordering on Russia and Inner Mongolia, the supply of timber has diminished after a century of intense exploitation of the woods. In the meantime the desire to find better employment in nearby cities has led to the flight of local women, creating a “bachelor mountain”, populated by legions of single, impoverished and solitary males. Living in a world of extreme solitude, forty-six-year-old San Liangzi, an unemployed woodcutter who lost his job and his wife twelve years ago, has got into the habit of talking to himself. For more than ten years he has been secretly in love with Meizi, the only single unmarried woman in the village and his greatest satisfaction is doing chores for her, frequently and free of charge. The man cultivates the illusion of love, which gives him the warmth necessary to survive in a difficult environment and allowing his soul to fly above the harshness and unpleasantness of reality. However, his girlfriend will never accept his love because she does not like men.

Yu Guangyi graduated from the Central Academy of Fine Arts, Beijing. He has spent many years studying the art of woodcut. He started to make documentaries in 2004 when, after a lengthy absence, he decided to return to his birthplace in the Changbai mountain range on the border between China and North Korea. His films capture the traditions and culture of these remote mountain communities. 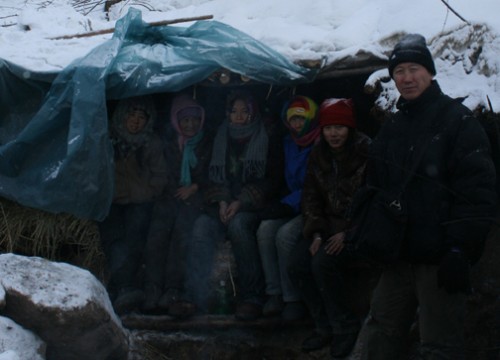 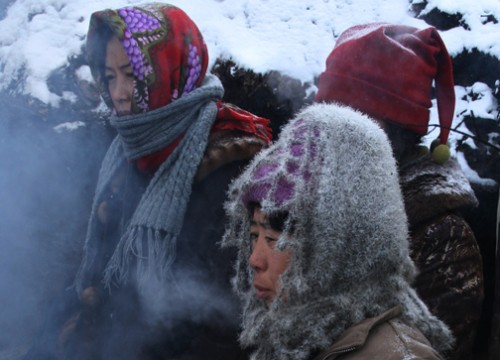 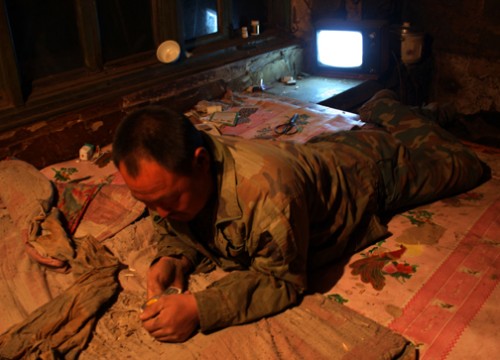