An intimate portrait of gold fever. The gold-bearing mountains of Northen Siberia are the background for the Jack London style story: A Lonely Gold Seeker is looking for his Treasure. He is surrounded by unfriendly nature and by people he can’t trust. Being chased by his own fears, he breaks up with the whole world and shuts himself in the trap of his great passion/desire. In this analytical, unusually beautiful and almost wordless film, solitude and everyday pains make up the portrait of a man who knows the simplest and the most important truths.

Wojciech Kasperski graduated from the Lodz Film School, Poland, and has gone on to become an internationally acclaimed and award-winning director of short films. He has shot films both in Poland and in Russia. Much of his work is set against the backdrop of Siberia. Today, Kasperski is considered to be one of Europe’s and Poland’s most exciting directors. His work has featured at the INPUT conference and at the Cannes Film Festival . 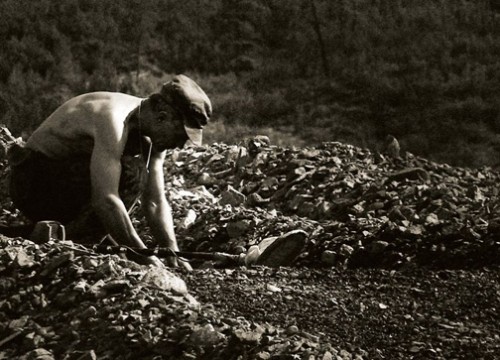