The documentary recovers previously unused archive material, in which Mario Rigoni Stern recounts the events of the First World War on the Asiago tableland. The story begins in front of a fireplace, which has seen the passage of both important figures and humble soldiers over the centuries; a magical place summoning the good spirits of the mountains, which still make their presence felt during the long winters. The renowned author’s approach is to recount the war as seen from below, namely from the viewpoint of those who actually fought in the trenches; Stern’s attention is thus directed at the historic memory of the places on the tableland, but above all at the human events taking place there. His words continue to transmit his great respect for all the signs and symbols left on the natural environment and which recall a tragic past which we should not forget.

A director, documentary maker and university lecturer, together with Gian Piero Brunetta he has directed around forty video installations for exhibitions featuring film (M.O.M.A. in New York, MART in Rovereto, Milan Triennial, Cinecittà Spa, Museo Scienze Naturali in Trento). Since 2002 he has lectured in documentary film-making at the entertainment and performing arts faculty of the University of Padova, where he directs the screenwriting workshop. He has made 'La voce del silenzio. Un omaggio a Vittorio Martinelli ' (1998), 'Urussanga: emigrati veneti nel Brasile del Sud' (1998), (Città di Pordenone 2000 award), 'Annarosa non muore' (2002) and 'Una terra di recuperanti' (2003) with Mario Rigoni Stern and Ermanno Olmi. He researched the film material for the programme 'Radiocelluloide' in 115 episodes (1997) for Radio Uno RAI. Since 1991 he has published papers on Italian film and the transformation of the landscape.

In 1997 he made documentary “I luoghi della Grande Guerra, percorsi di un museo all’aperto” with Mario Rigoni Stern. He attended a FSE course on audiovisual production, directed by Ansano Giannarelli. He subsequently worked with Media Actions in Padova as a screenwriter-editor, making film documentaries for organisations such as the MART in Rovereto and the Milan Triennial, working with Ermanno Olmi, Marco Paolini and Sydne Rome, among others. He has worked for different TV stations at first local and then national level (Class Editori, Sky and Mediaset). He has founded a video production studio and he's the author/director for various audiovisual projects. 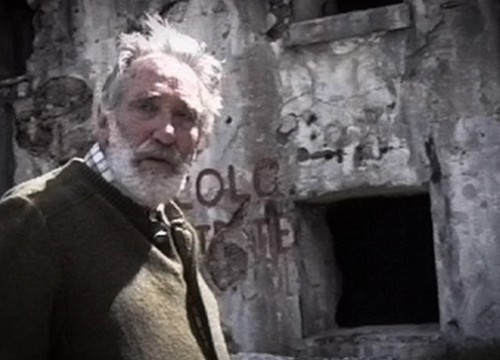