In October 2010, two of France’s finest mountaineers, Christophe Dumarest and Yann Borgnet, fulfilled a mountaineering dream: a back-to-back Alpine-style climb of some of Walter Bonatti’s great routes through the Mont Blanc massif.
Dumarest and Borgnet first climbed the north face of the Grandes Jorasses; they then went on to scale the Grand Capucin and the Red Pillar of Brouillard, completing their feat by climbing Mont Blanc. Their descent by paraglider to Chamonix rounded off their achievement with a touch of style.
This documentary captures Dumarest and Borgnet on their six-day journey, which they went about cheerfully, calmly and humbly.
The mountaineers and director made an ethical choice not to use helicopters to shoot the film.

Bruno Peyronnet is a great lover of audio-visual writing and has a degree in the subject; he was awarded a Masters in Cinematography and Video Memory Studies in 1998. He is an independent director, cameraman and video journalist who specialises in filming extreme conditions, including intense cold, vertical terrain and flowing water. He has edited documentaries, television programmes, reports and institutional films. He has also featured in programmes on mountain television channels and has worked as a presenter, reporter, teacher, corporate video consultant, and video and mountain-project assistant. Peyronnet has made a wide variety of reports, television programmes, documentaries, and institutional films on the mountains. He won the Audience Prize at the Cervino CineMountain Festival in 2008 with his documentary “La montagne en face” and first prize at the Saint-Etienne Festival of Adventure Film in 2007 with “Le monde en scooters”. 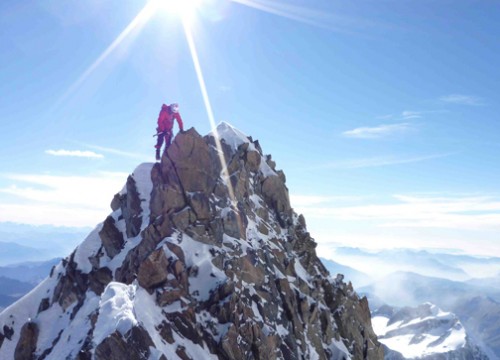 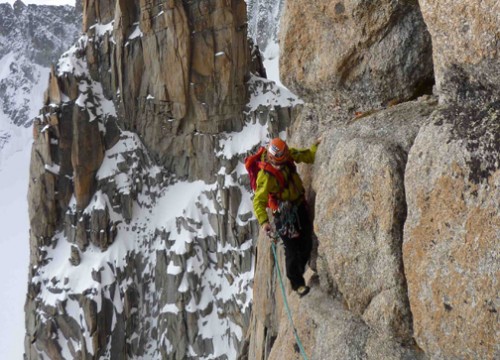