This documentary is a story about men and ibex and begins on the Nomenon plateau at the base of the north face of the Grivola mountain, in the heart of the Gran Paradiso National Park. Together with the neighbouring French park La Vanoise, the park makes up one of the biggest and most beautiful protected areas in Europe. However ibex have not always had an easy time in these mountains: at the beginning of the 19th century they had almost disappeared throughout the Alps. Only around a hundred had survived the hunters around the Grivola. Since then, decades of protection have dispelled the most imminent threats resulting from hunting, poaching, the construction industry and the invasiveness of man. Little by little, the animals have lost their distrust of man, to the extent that it is now possible to see them carrying out their daily business, giving us a rare, unique and special feeling of intimacy. The Gran Paradiso Park is still a wild and magnificent world, although easily accessible, just a short distance away from our technologically advanced civilisation. 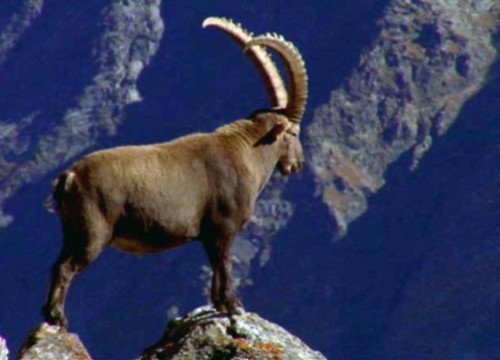 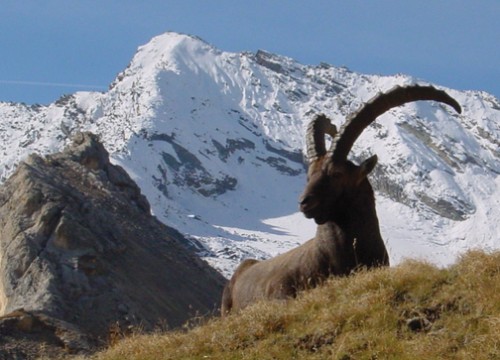