The French climber, mountaineer and alpine guide Arnaud Petit has always enjoyed rock climbing, bouldering and long routes. He participated in climbing competitions for eight years from 1992 to 2000, winning the World Cup in 1996. In 2000 he abandoned competitions to turn his attention to particularly difficult big-walls around the world (from the Voie Petit on the Grand Capucine to the Angel Falls in Venezuela, from the Delicatessen in Corsica to the Tough Enough in Madagascar) and to his work as a photojournalist. In summer 2011, at the age of 40, he climbed Black Bean 8b at Ceuse, one of the most famous crags in Europe, in traditional style. The route is situated on the most beautiful wall at the crag, namely Biographie, and was freed by Bruno Clement and protected with bolts. Petit has been climbing at the cliff for over 20 years and "for the fun of it, for the magic of rediscovering what the rock offers”, he climbed the 65 metre route of Black Bean with just a set of camming devices, nuts and threads. The video documents the climb and the runouts, which were long and spectacular.

Bertrand Delapierre is a director and cameraman who started his career by making films on water and snow. He is part of a team of young people that the production studio Seven Doc has invested in from their very first feature-length films. He is also an expert mountaineer and his skill has enabled him to complete a range of steep climbs in the Alps and Himalayas with his friend and fellow climber Marco Siffredi. His IT knowledge also enabled him to create the first mountain video websites and to launch his own personal website. His films capture his love for the mountains and they highlight the beauty and intensity of climbing stories. 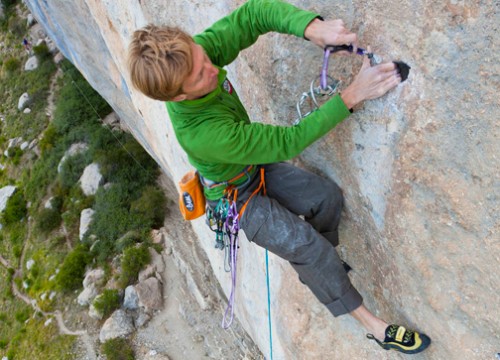 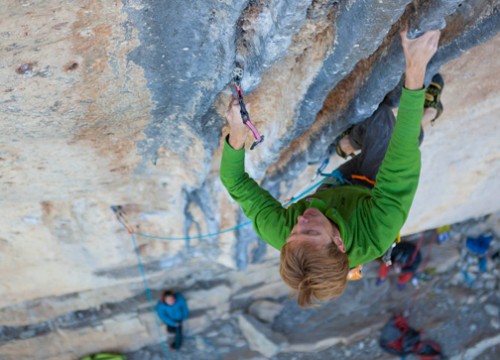