Four shepherds meet each other during sheep herding far away from home and the comforts of civilisation. They spend many months in the shepherd’s hut, occupied with regular shepherd duties. But nothing brings lonely men closer together than talking, especially about women. They open their hearts before their companions, they share views and experiences, they support each other and quarrel. Their lives are dependent on the seasons’ and nature’s rhythm. In a few months they will meet on the Dog Hill again

Grzegorz Zariczny was born in 1983 and raised on a farm in a small village not far from Krakow, where he now resides.In 2008 he studied documentary directing at Andrzej Wajda Master School of Film Directing. He currently attends the fourth year in the directing course at Silesia University in Katowice 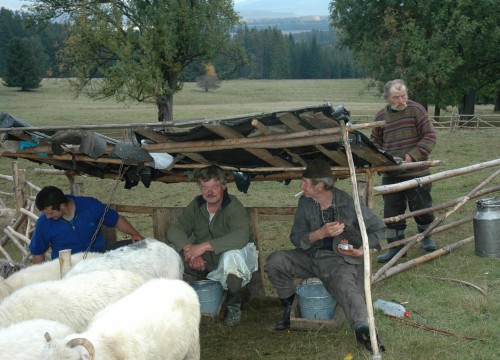