The film is the fruit of two years’ filming following Adam Ondra, an exceptional Czech climber born in 1993, who has successfully participated in climbing and bouldering competitions, as well as rock climbing. Given his extraordinary results in competitions and on rock faces, he is considered to represent one the future protagonists of climbing. . He won the Salewa Rock Award in 2008, 2010 and 2011. The award is given to the man or woman who has made the biggest mark in the previous season in the field of rock climbing or bouldering. In 2011 the motivation was: "For his capacity to continuously raise the level of climbing, surpassing himself and making all other climbers dream". The film is intended to be an all-encompassing portrait of a boy who is both normal but at the same time special and whose success has changed the parameters of vertical climbing. “During filming”, explained Petr Pavlícek “ I had the chance to get to know Adam and his world: in this film I want to share my impressions with everyone”.

In 2001 Petr Pavlicek decided to become an independent filmmaker. Without any experience, school or film education bought his first cheap digital videocamera and brought it on his travels, first to czech and slovakia mountains (movie “Return” 2005), later to his big love - Scandinavian wilderness (“Alone across Femundsmarka” - 2006, “Call od the North” 2009). Deep in the Lappland tundra,while exploring giant frozen canyons, he met true climbers, which will result in the movie “Touch of the Arctics” (2007/12). Mountains and climbing became the main theme ( “Matrix Reloaded” 2008). In spring 2009 met young climber Adam Ondra and decided to follow his story for a year. This resulted in the movie “The Wizard's Apprentice” (2011). Beside this, he runs several web-pages about free travelling, non-consume lifestyle, nature and mountain photography. 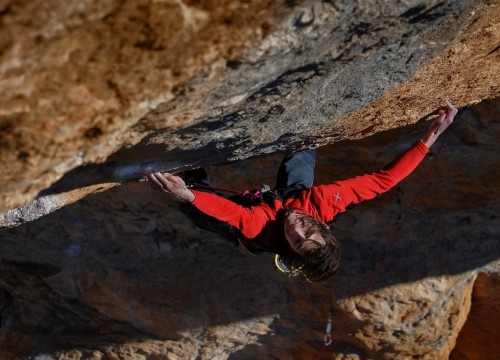