An apocalyptic eruption caused the Reunion Island’s Piton des Neiges volcano to collapse 1,000 metres into the Earth, creating what became known as the “Trou de Fer” (The Iron Hole). This extraordinary vertical-walled chasm is home to some of the world’s most lush vegetation. It is a breathtaking spectacle, one unlike almost anything else on the planet, as its inaccessible location has enabled nature to grow wild. Trou de Fer is also known as the “Mount Everest of Canyons”, and five huge waterfalls that conceal the crevices on its bed add to its monumentality; thick tropical cloud also makes it difficult to see into its depths, even from a helicopter. The only other way to explore the canyon is so dangerous that only the best dare attempt it. Explorers have to double-rope abseil into the canyon in the knowledge that they may not make it back out. They are in the hands of Nature. This is why the five friends that have decided to test their skills have not been sleeping very well over the last three years.

Pavol Bàrabaš graduated from the Slovak University of Technology. He has worked as an cameraman and director for SportFilm, advertising agency Erpo and for K2 Studio. He has made television commercials and numerous mountain films in which he documents the lives of people living in extreme conditions. He has also made ski-training videos and promotional films for the Tatra Mountains and the Caucasus. His work has won a range of awards at Slovakia’s Poprad Festival. In 1999, he won the Gran Premio “Città di Trento” for his film “118 Days in Captivity of Ice”. He has also entered a range of other films at the festival. 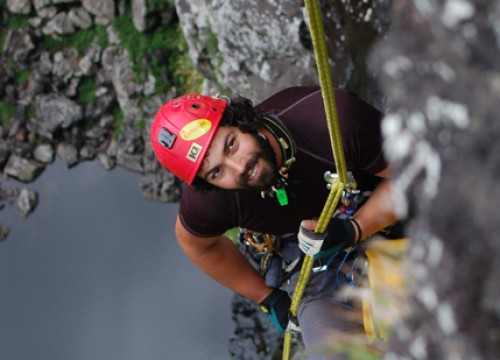 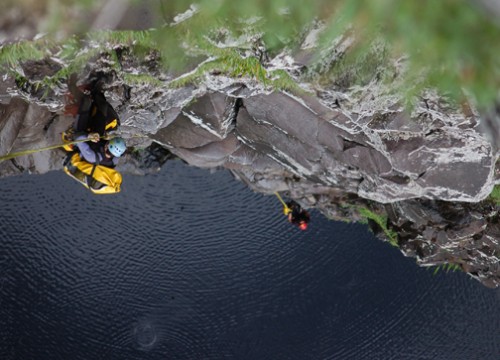