“It’s not the most difficult route in the world, it’s simply the most difficult “sports” route that I have climbed. It has a long story which began when for the first time I asked myself what the places where the sun set every evening might be like. Eternit is hidden up there, in a solitary forgotten landscape in these mountains, small and “vertically old-fashioned’ ” halfway between the place where I was born and the places where I have lived”: with these words, and with the images of the rock face he is climbing, Maurizio Manolo Zanolla talks about his motivation and emotions on rediscovering a route that he had identified many years before but which he had long believed impossible for him to face.

Davide Carrari works as a professional photographer in Turin, Milan and Rome. He has worked for Italy’s main advertising agencies and major companies, for which he has devised a series of national campaigns. He has worked for Alp, Barilla, Cartiere Fedrigoni, Cliniche Fornaca/Cellini, Ferrania, Fila, Five Ten, Fred Perry, General Motors (Opel/Isuzu), Lavazza, Lancia, L'Oreal, Kappa, Goodyear, Liabel, Martini, No Limits, and Tele+. He combines his advertising work with creative photography projects. 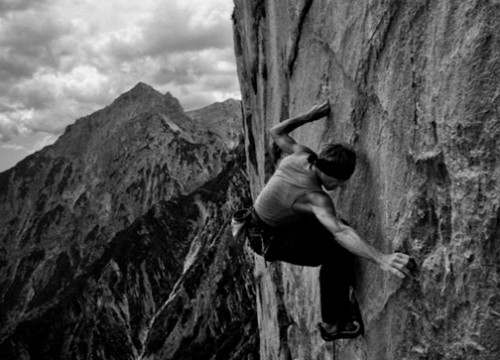 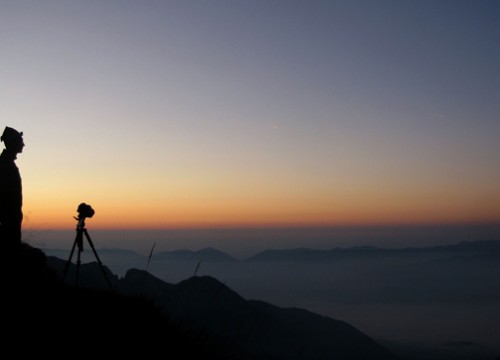