The Camonica Valley. While at Cedegolo, a village down the valley, an employee of the electricity supplier society carries out his daily duties high up in the mountains, at the "Arno" lake dam his work-pals, keepers of the dam, wait to be relieved by the next shift coming in by chopper. The shift is itself a documentary in which the observation, besides its stylistic value, becomes a composition yard stick, a way through which recounting and highlighting the simple stories of living and working men.

A photographer and filmmaker, he studied photography at CFP Bauer and documentary-making at the Scuole Civiche in Milan. He supervised direction of the documentary “Atelier Colla” (2011), selected for numerous festivals.

A cultural worker and filmmaker, he studied photography at CFP Bauer and documentary-making at the Scuole Civiche in Milan. Together with Pietro de Tilla, he supervised direction of the documentary “Atelier Colla” (2011).

He studied photography and video-documentary at CFP Bauer and the Civica Scuola di Cinema. Since 2004 he has worked as a freelance photographer and video-maker. He currently works as a consultant at the Museo di Fotografia Contemporanea and works with the Lombardia Region’s Ethnography and Social History Archives. 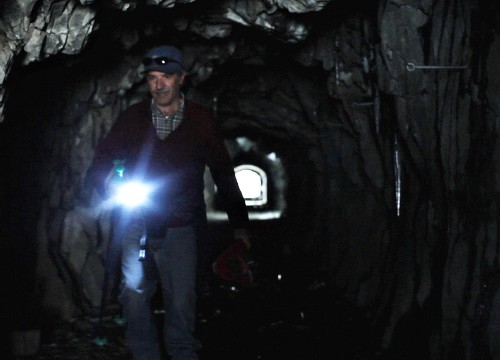