The Sarikecililer people are the last to represent nomadism, a tradition thousands of years old, in Anatolia, the Asian side of Turkey. Following their ancestor's lead, they migrate from region to region according to the seasons of the year, aligning with the cycles of nature. From sea level during winter, to the high plains in summer, the Sarikecililer spend about seven months a year traveling along with their goats and camels. But they face mounting obstacles, such as agricultural expansion, reforesting and private lands.

Born in Turkey in 1966, after graduating in Geography, he studied Film and Television at Dokuz Eylül University. From 1988 to 1993 he performed with theatre companies in Izmir, also working as assistant director. He writes, directs and produces a series of television shows. In 2006 he made “ Ice Cream, I Scream”, the Turkish nomination for best foreign film at the Academy Awards. 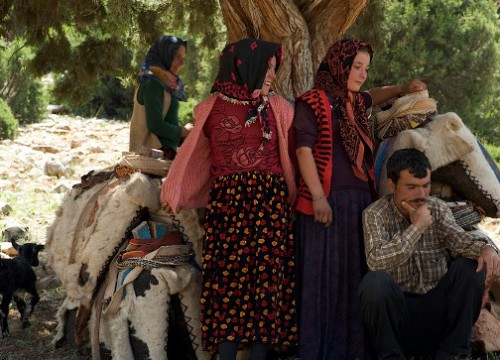