law of the border

Life on the frontier with Syria is very tough. The land is dry and rocky and illegal trafficking is the only way to earn a living. Hidir tries to keep away from it, but ends up accepting to take a flock over the frontier, in order to guarantee a future for his son. Written and interpreted by the great film-maker Yilmaz Güney, with its powerful images and direct portrait of social problems, Hudutlarin Kanunu is one of the first masterpieces of the Turkish cinema. In terms of the style of the story and the photography, it could almost be described as a western. The film was restored by Martin Scorsese’s World Cinema Foundation and by the Cineteca di Bologna/Laboratorio L'Immagine Ritrovata.

Hudutların Kanunu depicts vital problems in the society of South East Turkey. It also helps us to understand the reasons behind the ongoing, veiled war along Turkey’s South East border. Forty five years ago, Lütfi Ömer Akad was alerting Turkish society of the likely consequences if preventive measures are not taken in time. He alerted us with a great and lasting film.
(Fatih Akin, May 2011) 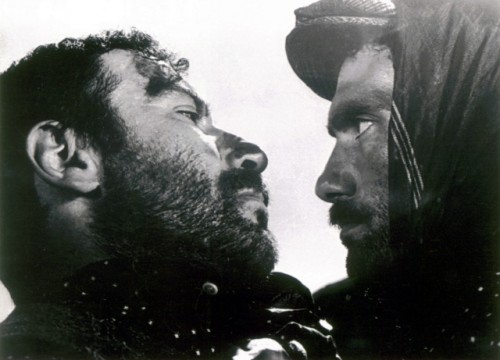