Roraima - Climbers of the Lost World

Kurt Albert, Holger Heuber and the sports climbing champion Stefan Glowacz face a difficult challenge: the ascent of Mount Roraima in South America. A colossal rock plateau with sheer cliffs, surrounded by thick impenetrable fog and situated in the heart of the wild jungle, with torrential rain and temperatures of up to 40 degrees making it almost impossible to reach. Roraima – Climbers of the Lost World takes us to an unimaginable place where man has never set foot and allows us to discover not only breathtaking natural scenery, but also the value of friendship and solidarity.

Philipp Manderla studied Law at the Universities of Vienna, Strasbourg and Pepperdine in Los Angeles, graduating in 2002. His first film “Zen & Zero” surprised the international public and was given awards at the most prestigious festivals. In 2012 he finished “Roraima – Climbing in the Lost World” and he is currently working on “Cerro Torre”, produced by Red Bull Media House and due to come out in 2013. 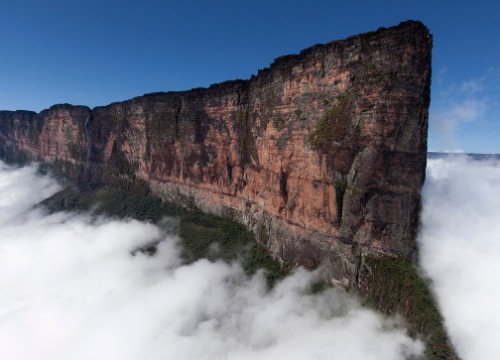