A village in the Sierra Madre is inhabited by the last representatives of an ancient Mixteco culture. Deprived of their identity by modern civilization, they are facing an even bigger threat: a landslide that may destroy the village during torrential rains. The local leader tries to prevent the disaster. He wants to invite a geologist to the village, so that the approaching danger could be officially confirmed. But no help is coming and the inhabitants may just humbly wait for the disaster to happen.

Joaquin del Paso Film director and cinematographer. He was born in Mexico. In 2007 he completed the courses in Film Directing and Scriptwriting at the State Film School in Cuba. Now, he is studying at the Cinematography
Department of the Film School in Łodź. His short feature films and documentaries have been presented at film festivals worldwide. 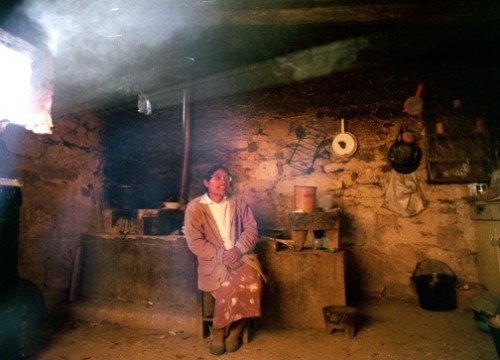