After having been forced to cancel the expedition to Mount Everest following the catastrophic earthquake in 2015, Killian Jornet and his team decide to continue their journey, but changing their objective substantially: they will become direct witnesses of how the force of nature has struck the inhabitants of the area with violence, but above all they will document the force of a people clinging to hope in order to try and get back on its feet after the destruction.

An alpine guide and ski instructor, he grew up in the French Alps, where he cultivated his passion for the mountains, together with his love of photography and images in general. A self-taught director, he has filmed, produced and directed several short films, including the Kilian Quest series, the documentary I Believe I Can Fly and Petit Bus Rouge, selected for the 63rd Trento Film Festival. 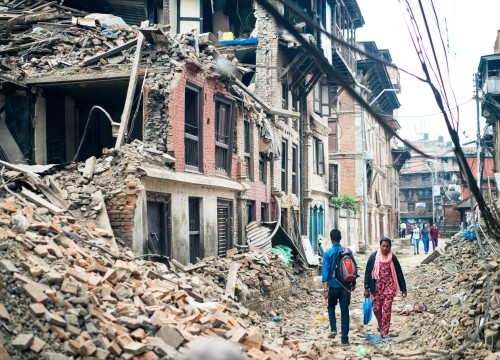