A shepherd communicates with his herd like he does with people. While the sounds he makes are incomprehensible to the human ear, to goats and sheep they are a real language which they can understand. 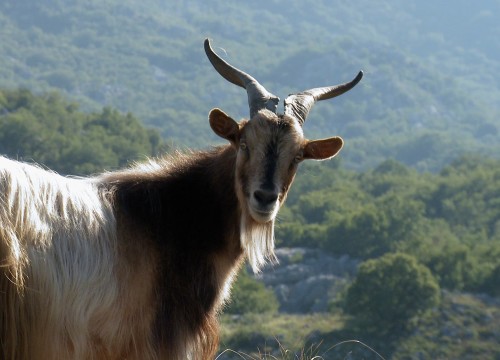