Aurelio and Latifa are a couple who live on board their lorry, dreaming of a traditional family. However, this aspiration has to reckon with the heavy demands of work, deadlines and non-places. The road transport system follows the trading routes, invading their intimacy, against the background of a Europe in a phase of transition.

He was born in Rovereto in 1979. Together with Armin Link, he presented Future Archaeology at the 67th Venice Film Festival in 2008. He has presented two works at Trento Film Festival, Pianeta Bianco (2014) and Eyelid (2016). 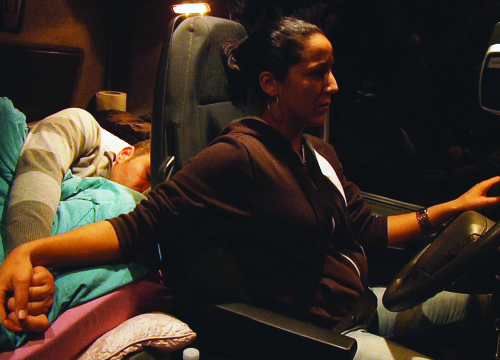