At the age of 93 Quintino Corradini resists in his hut in Arodolo, in the Val di Fiemme. Behind him he has a whole life of going against the tide, starting from his experience as a partisan. He decided to retreat to the hut in the woods, going against the trend in society, to keep alive the memory of his fellow partisans, who were hanged, and to avoid abandoning his ideals.

A professional journalist and editor for the RAI, for eight years he has worked on the Trento news programme, also working on Tg2Storie and the national programmes Bellitalia, Leonardo and Settimanale. 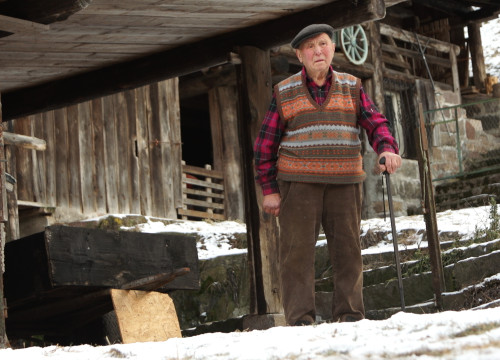