In 2015 Lepri and Team AQ Production embarked on the venture to position the first high-line at Forcella Staunies on Monte Cristallo, at an altitude of 3000 m, in the heart of the Dolomites. A year later they discovered that the historic cable car is bound to close definitively after many years of service, deciding to commemorate its history.

Director in attendance on May 3

He is a director working for Aquest, a creative digital media agency. 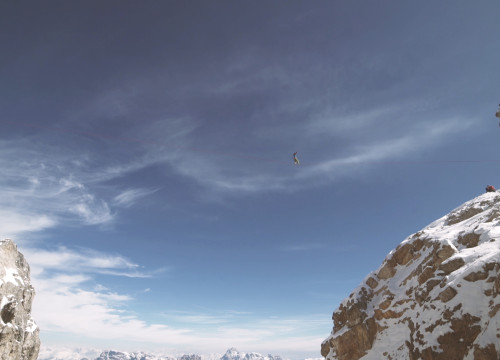