One of the longest volcanic tunnels in Europe, that of the Vulcano de la Corona, on the island of Lanzarote, becomes a place of refuge for those fleeing an increasingly imminent threat. The film was shot using out-of-date 16mm film developed by hand and scanned in 4K.

After studying film, she specialised in documentary making and experimental works exploiting the chemical properties of film development.

His work mainly focuses on experimental film and non-fiction. His works have been screened at the main international film festivals. 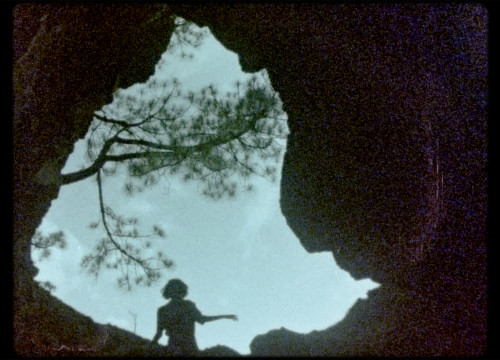