A folk ritual of rural Europe in which ancestral arboreal rituals intertwine with the Catholic religion. Every year at Whitsuntide in the small town of Accettura, in the Basilicata region, one Oak and one Holly, respectively called May and Top, are called to represent the Male and Female principle of Nature. Felled in two different forests, they are ritually driven into the village. 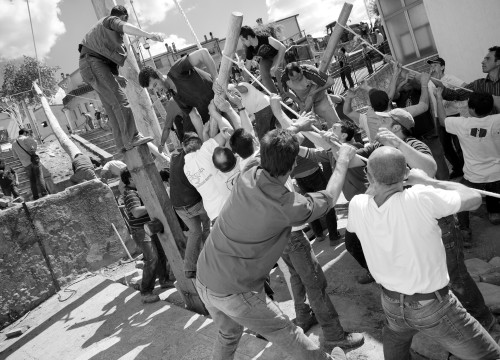 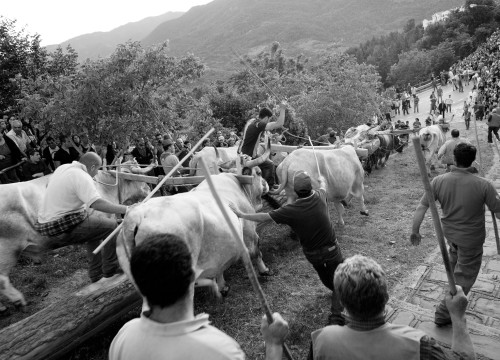