Sasha, a young Russian aristocratic girl living at the end of the 19th century, dreams of the far north and her grandfather Oloukine, a famous scientist and explorer of the Arctic, who never returned from his last expedition. He was the one who transmitted his enthusiasm to Sasha, who has no intention of pleasing her parents by marrying the man they have chosen for her. Sasha rebels against this fate and decides to set off in search of Oloukine.

After studying design, and long experience of comics and storyboards, Rémi Chayé discovered animated cartoons. He initially worked with several animated television series and on a series of full-length films. After a number of journeys to Asia, he enrolled in the École du film d’animation de la Poudrière (Valence), where he made three short films: “Le cheval rouge”, “Grand-père” and “Eaux fortes”. Since then he has mainly concerned himself with full-length films, becoming assistant director and storyboarder for Tomm Moore’s Brendan et le secret de Kells and for Jean-François Laguionie’s Le tableau. He did the storyboards for Kérity, la maison des contes by Dominique Montferry and Pourquoi j’ai pas mangé mon père by Jamel Debbouze. In 2015 Rémi Chayé made his debut as a director with Long Way North, winning the Audience Award at the Festival of Annecy. 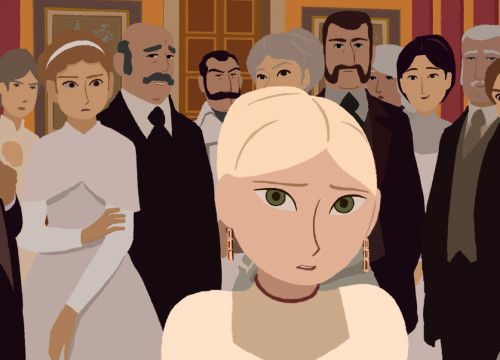 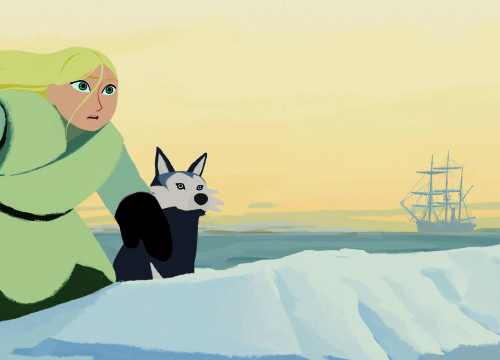 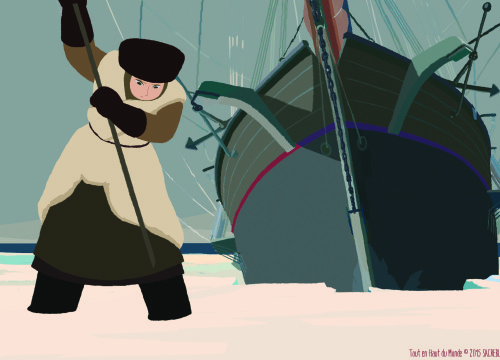