Fridriksson attached a camera to the hood of a car to record one frame every twelve metres, covering the whole of the Hringurinn, the main road in Iceland that runs around the island, linking the different regions of the country together. The whole sequence was speeded up and compressed into 80 minutes, thus simulating the speed of sound.

A key figure in Icelandic filmmaking, he began with a series of experimental films in the 1980s, to arrive at an Oscar nomination for his film Children of Nature in 1991.
He has collaborated with Lars von Trier and Francis Ford Coppola through his production company. 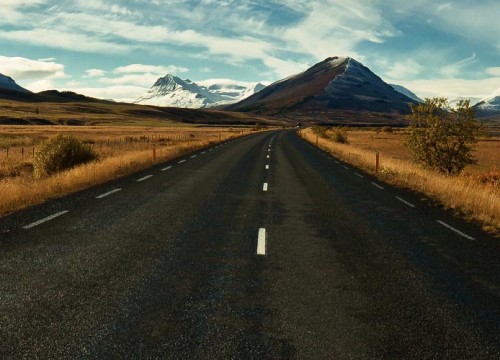