The creation of Wadi Climbing and Palestine's first climbing gym in Ramallah has been the key to developing a community of rock climbers in the West Bank. This short film looks at what it means to be a climber, by spending time with the two local climbers Anas and Urwah Askar, and talking to one of the founders of the Wadi Climbing project, Tim Bruns.

The current editor of the Alpine Journal, Ed is a writer and journalist with a passion for the wilder corners of the natural world. He is an enthusiastic amateur climber and mountain traveller, with a particular interest in the Himalaya.

The Woodland Productions executive producer, he works mainly in TV shows and documentaries. 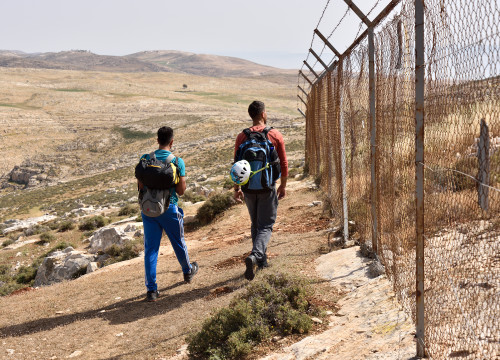