Alessandro left for California on 25 May 2017. He planned to cross North America by bicycle from San Francisco to the Arctic Ocean. In the middle there were the great American parks, the deserts and grasslands of the West, ascents in the Rocky Mountains, the silence of Canada and the infinite solitude of Alaska. In all, 10,300 kilometres and 90 days. «We all go forth to seek America, and in the seeking we create her»: Waldo Frank, 1920s.

He graduated in Law in 2003 and has been a freelance journalist since 2006, writing for magazines. Since 2007 he has worked at the Fondazione Museo Storico del Trentino. In his free time he tours the world by bike.

He graduated in contemporary history, from 1989 to 1995 he produced hundreds of reports. In 1994 he was one of the founder members of the production company FilmWork. He has made numerous documentaries of an historical and anthropological nature. 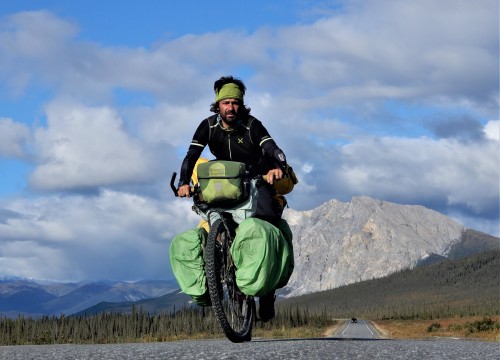