In the Alps of South Tyrol it is decided to kill a wolf. Fabian accompanies his father Anton on the hunt for the wolf, hoping to improve their difficult relationship. Anton is instead still suffering following the death of his favourite son Bernhard. In the end the hunt for the wolf takes an unexpected turn.

Director Benjamin Thum in attendance on 04/05

Born in Brunico in 1988, he studied direction at ZeLIG, the documentary school in Bolzano. After graduating he worked on set of films and television series in Rome, Bolzano and Berlin. Der Wolf is his first short fiction film. 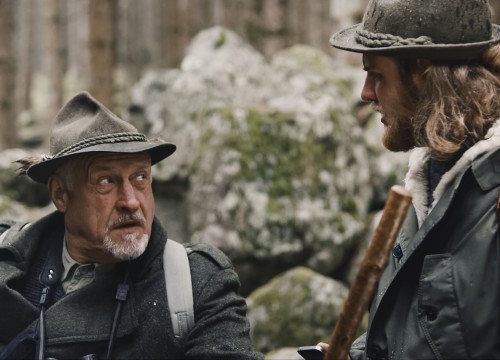