Loved by All: The Story of Apa Sherpa

Apa Sherpa has climbed Mount Everest 21 times, more than anybody else. Having grown up in the remote Khumbu region of Nepal, Apa was forced to leave school and work as a porter at the age of 12. A story that Apa intends to change through his work with the Apa Sherpa Foundation. In this short film we follow the young Pemba Sherpa, a child who must walk six hours every day to go to school. Pemba’s story today reflects Apa’s past.

Eric Crosland has worked in the field of film since he was at high school. His short films have been screened all over the world. He works as a director with Sherpa Cinemas, and his works include the educational film on avalanches The Fine Line, All.I.Can and Into the mind. In 2014 Sherpas Cinema received the Alliance award in Trento. 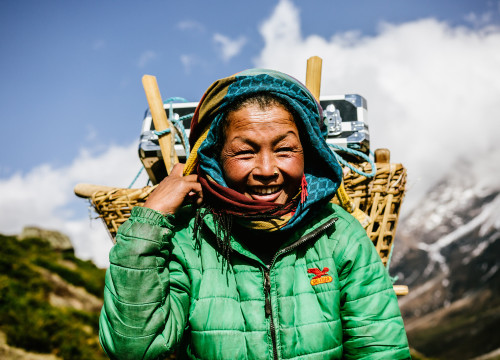