25 March 2017, Monza. In the park a stage is set up, ten times bigger than the one for rock stars in the San Siro stadium. Hundreds of volunteers, civil protection, stands. And huge crowds. Everyone is waiting for Pope Francis. The incessant music playing from the loudspeakers is reminiscent of the long wait for a concert, amidst fans waiting for the ultimate popstar.

Carlo Prevosti is a journalist, blogger, video-maker and film critic. His most recent films include "Ancora in piedi" (2010) and "Passi sul sentiero", which is currently being produced. 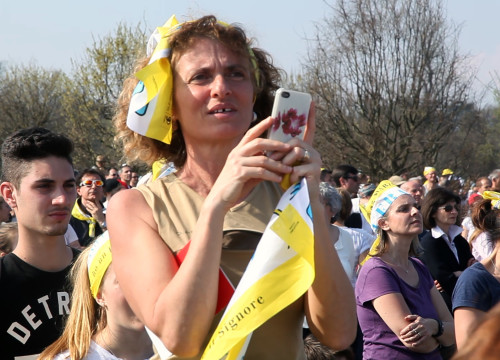