Pasang Lhamu Sherpa Akita, Nepal’s leading female mountain guide, has been on top of the tallest peaks on Earth. When she teams up to make a first ascent with an unlikely partner – local punk-rock icon, Sareena Rai – they both find that the paths to the greatest summits lie within.

An internationally renowned climber, artist and director, he is a member of the North Face team. In 2013 he received the National Geographic Adventurer of the Year prize. Of his more recent works, Meru won the Audience Choice Award at the Sundance Festival this year, while Sherpa was presented at the Telluride Film Festival and in Toronto. 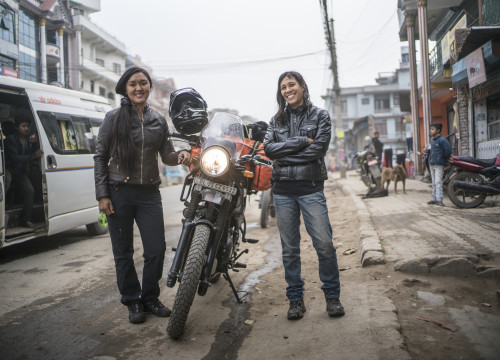