What does it mean to complete the first climb in the world to have been given the grade 9c? Silence shows us what happened on 4 September 2017, when Adam Ondra completed a historic feat with his project in the spectacular Hanshelleren Cave in Norway. Subsequently renamed "Silence", the new grade 9c climbing route is considered to be the most difficult sport climb route on the planet. Adam Ondra is a climber originally from the Czech Republic, born in 1993, who has won several World Championships in the lead climbing and bouldering disciplines.

He considers himself to be a photojournalist but is also an enthusiastic mountaineer, skier and adventurer. His work focuses mainly on open-air and mountain sports and on a free lifestyle. 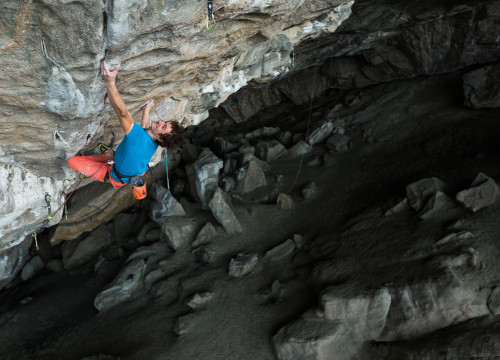