Over the centuries, local communities around the Messolonghi lagoon in Greece have developed a variety of fishing techniques to support their livelihoods. One of them is the creation of natural fish farms (ivaria), still based on traditional knowledge, by using barrier traps to capture ﬁsh during their migration to the open sea. The film observes the daily routine of the fishermen working and living in one ivari as it takes place in the fishing period from spring to winter.

Loukas Koubouris has graduated from the department of Social Anthropology at Panteion University. Since 2015 he has worked in various cinema productions, while his focus is on ethnographic filmmaking.

Nickolas Papadimitriou has graduated from the department of Social Anthropology at Panteion University as well as from the Digital Film Making program of SAE Institute. In the past few years his work is focusing on the direction, filming and production of ethnographic films. 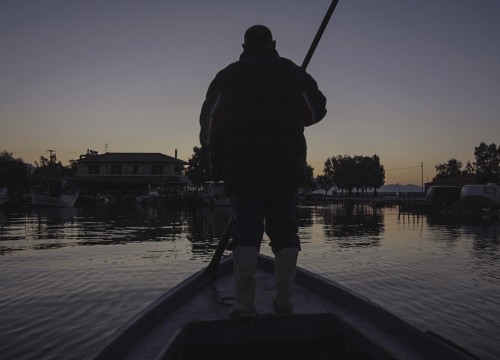