Ioan Colţea, who is turning 91, lives in a quiet village in the mountains. Surrounded by his extended family, always serene and detached, he is now looking at his kids, his grandchildren and great-grandchildren, with kindness, warmth and resignation in his eyes. The family gets together for an entire week not only to celebrate grandpa, but also to agree on building him a new grave and cross, all under Ioan Colţea’s strict observation.

Claudiu Mitcu, born 1976 in Romania, graduated The Bucharest Academy of Economic Studies. He worked as a editor for the public television station in Romania for 8 years, and in 2004 started with friends a production and post-production company, We are basca. He directed several documentaries, The Merry Circus and Australia produced by HBO Romania, The Network co-produced by Parada Film and HBO Romania, The village called sands, Two of us, Maria, Easter Memorial and produced documentary films Party and Contest in Ciupelnita, Dream Images, short films, Tie, Bad Penny, My Name is Costin, and co-produced the short film Kowalski and Ramona by Andrei Cretulescu awarded in Cannes 2015 at Semain de la Critique with the Canal + Award.
In 2010 received a Honorable mention for Australia by the National Union of Filmmakers, the Human rights prize, by the The French Embassy in Romania for Australia and Two of us, Gold winner at Promax BDA, “Red Bee Rocket Award”, international promo competition, for the promos Miami Ink, Ross Kemp, Ultimate weapons, produced by We are basca for Discovery Channel Romania in 2010 and in 2012 Silver winner also at Promax BDA. In 2013 Maria was awarded as the best film at Documentart Filmfestival in Neubrandenburg, Germany. 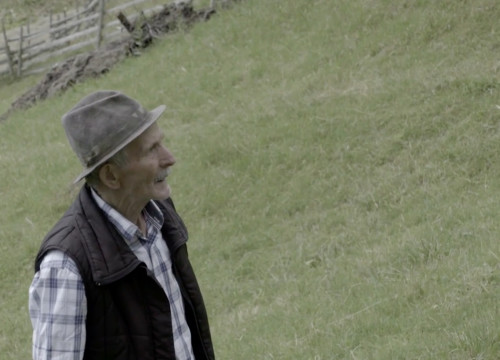