When you think of ice climbing, the sunny Okanagan Valley in the Canadian British Columbia is probably one of the last places you would consider. Ice climbs have a dichotomous strength and delicacy, and the people that attempt to ascend them are resilient and determined. Though the ice climbing is unreliable, scarce, and fleeting due to the mild winters in the Okanagan, it does exist… it all depends on how badly you want to find it.

Some people know Dave Mai as a music producer, others know him as a photographer, or as a musician. These days, he defines himself as an adventure filmmaker. Dave is a creator who follows his heart, and always searching for the next adventure. 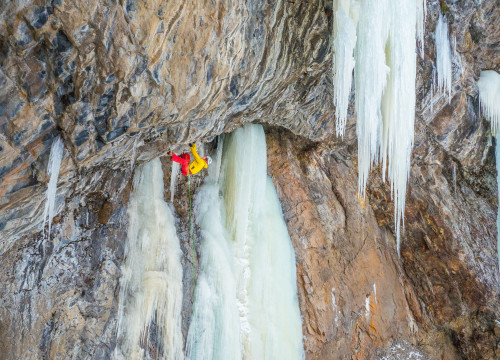