Our life stories are constantly being redefined in the incessant dialogue between our lived reality and upcoming decisions. Alexandra D'Onofrio worked on her film together with three young Egyptian men who have lived in Italy for 10 years without papers. This situation should change soon. The look into the future turns into a look into the past, to the days of arrival in Italy. This collaboratively created film is an inventive collage that uses performance, photography and animation.

Italian and Greek with a foot in
England, Alexandra D’Onofrio is a
visual anthropologist and a director.
In the past few years she has been
using documentary filmmaking,
animation, theatre and storytelling as
collaborative methods of research
on the topics of migration.
In her social and cultural work on the
ground, she applied similar creative
methods in order to create social
contexts to foster new encounters
and the sharing of stories, by cofounding
in Milan the Fandema community theatre group,
the Italian language school for newcomers Asnada, and the
storytelling project on motherhood MAdRI. “It Was Tomorrow”
is her last film produced as part of her PhD in “Anthropology,
Media and Performance” at the University of Manchester (UK). 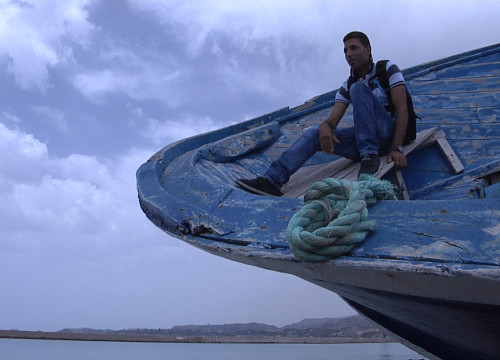