In the Moroccan desert night dilutes forms and silence slides through sand. Dawn starts then to draw silhouettes of dunes while motionless figures punctuate landscape. From night’s abstraction, light returns its dimension to space and their volume to bodies. Stillness concentrates gaze and duration densify it. The adhan (muslim call to pray) sounds and immobility, that was condensing, begins to irradiate. And now the bodies are those which dissolves into the desert.

Born in Spain in 1983, he studied psychology in Madrid and film at NYFA in New York and UdK in Berlin. He completed his studies with a course in creative documentary-making at UPF in Barcelona. His works have been presented at numerous international festivals. His movies include, Mountain in shadow (2012), in competition at the 2013 Trento Film Festival, and Costa da morte (2013). 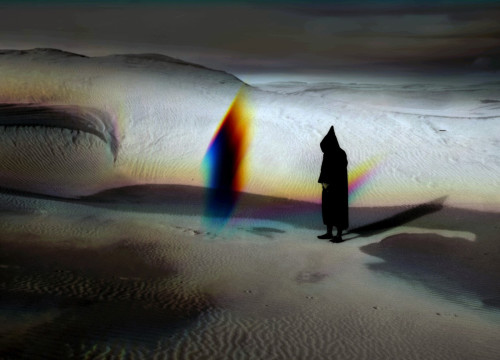 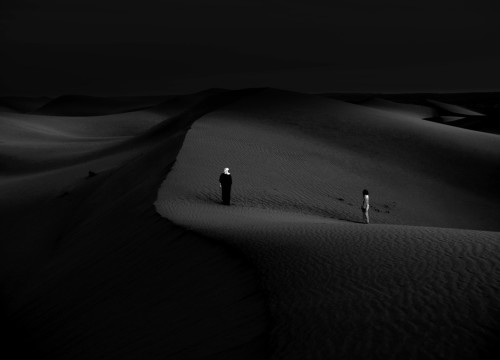