The forest’s police chief Gordon is about to retire and he needs to find a new assistant. Paddy, a clever mouse with a great sense of smell seems to be the right candidate. Together they have to solve Gordon’s last case – the mystery of squirrel’s missing nuts. Could it be the fox that took them? Gordon and Paddy will soon find out. With a sly nod to the Scandinavian detective fiction genre, Gordon & Paddy explores what it means to grow into roles, challenge prejudices and uncover truths.

Born 1974, is a Swedish film director and owner of the production company LEE Film. She works mainly with animated films for children, recently works such as Bajsfilmen (2016), Tänk om... (2014). She has also directed the short documentary Fighting Spirit (2013). Before her directing debut she had a long background with producing highly acclaimed shorts. 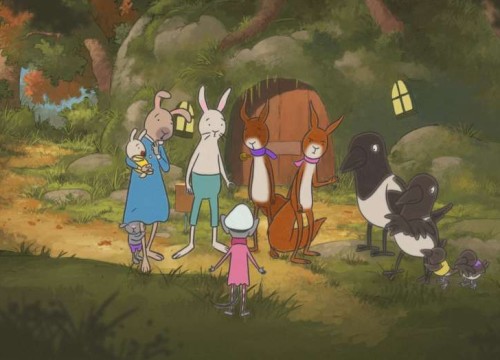