After twenty-five years spent in France, I return to Bulgaria, camera in hand, with a vertiginous suspicion: what if my family had collaborated with the political police of the communist regime? And what if they were part of the « red trash » that the demonstrators on the street want to see disappear? I decide to investigate and to film, constantly, ready for anything. My adventure turns into a tragic comic odyssey, a mix of an espionage and a home movie.

Bojina was born in 1982, in Bulgaria. She was 8 years old when she arrived in France.
She acquired a Master in philosophy from the Ecole Normale Supérieure and then entered La
Fémis. She directed several shorts selected in many international festivals (Home Match
produced by Arte, Cosmonauts a short documentary, Bulgarian Gospel, a sound
documentary produced by Arte radio etc.) and also works as a scriptwriter (Hope directed by
Boris Lojkine and selected at La Semaine de la critique, Camille directed by Boris Lojkine in
preproduction, In Limbo directed by Antoine Viviani).
I see red people is her first feature film as a director. 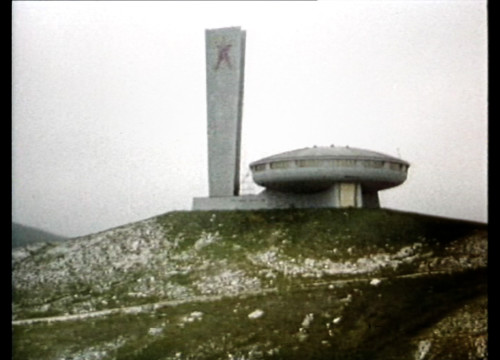