In the hills of northeastern Turkey, in a village perched above a valley, a traditional funeral ceremony is performed in the front yard of one of the houses. But then, in the night, a mysterious dialogue between two men unveils humor and tragedy hidden beyond the yard.

Director, scriptwriter and producer, he has been working under the aegis of Micmuss Film Entertainment since 2011. After graduating from Doc Nomads Master’s Program in Documentary Film Directing in Lisbon, Budapest and Brussels, he completed his short film trilogy that includes Stove (2012), Downtown (2014) and Yard (2018). He is currently working on his first feature film project. 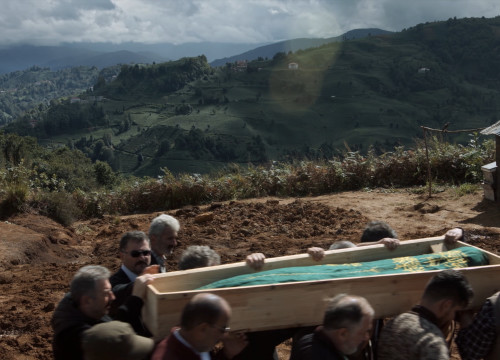