Electricity and roads arrive in the most isolated areas of the Moroccan High Atlas. Over a period of eight years, the film follows the long process of electrification of the mountain and testifies to the upheavals that the arrival of "modernity" generates within the pastoral lifestyle. This documentary is a journey on the wire, meeting the inhabitants, their humanity and their poetry.

Born in Morocco in 1968, he studied at the Ecole Supérieure d'Etudes Cinématographiques in Paris and subsequently “Berber History and Civilisation” at INALCO. He has worked for many years as a photographer, cameraman, screenwriter and documentary director. His films include Mount Tania (1999) and Tameksaout (2005), awarded the Silver Gentian at the 54. Trento Film Festival. 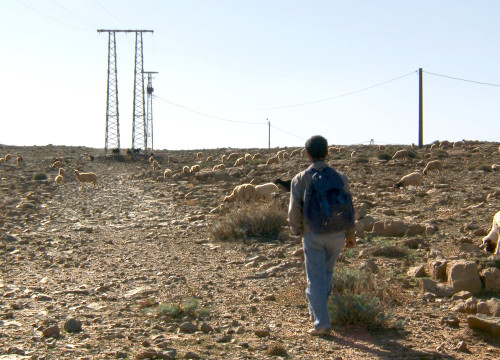