The work of the tecchiaiolo is an ancient craft that originates and lives in the territory of the Apuan Alps, staggering mountains, a step from the sea, in northern Tuscany between the provinces of Lucca and Massa Carrara, known throughout the world for the fine quality of marble of which they are composed. The tecchiaioli secure and clean up the rocky walls from which the marble to be exported worldwide will be extracted.

After a year of modern literature at the University of Siena he began studying photography at L.A.B.A. (Free Academy of Fine Arts) in Florence for three years, graduating in March 2016. He is currently enrolled in the third year of the Reportage course at the Abruzzo branch of the Centro Sperimentale di Cinematografia. 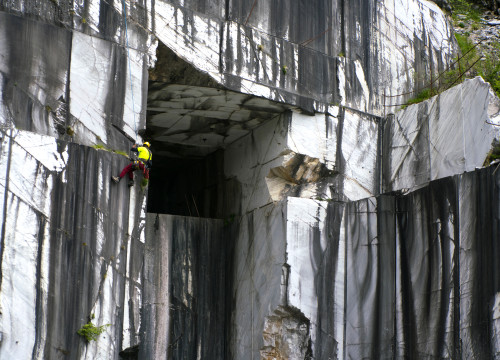