When the War Comes

At first glance Peter lives the life of a typical European teenager - he lives with his parents, has a pretty girlfriend, he got into college. However, his real life is elsewhere - as the head of a paramilitary group called Slovenskí Branci that recruits hundreds of Slovak teenagers with the silent approval of the authorities. Peter dreams that one day he will be able to convince the entire society, as a great politician.

Jan Gebert (1981) is a journalist and filmmaker. He graduated in History and Latin American studies from the Charles University in Prague. He also studied in Spain, USA and Mexico. In 2007 he received the Story of a Refugee Journalist Award from the UNHCR, in 2008 the European Commission's Journalist Award given as part of the campaign For Diversity, Against Discrimination. His film debut Stone Games (2012) premiered at the Jihlava IDFF and received a Special Jury Prize. 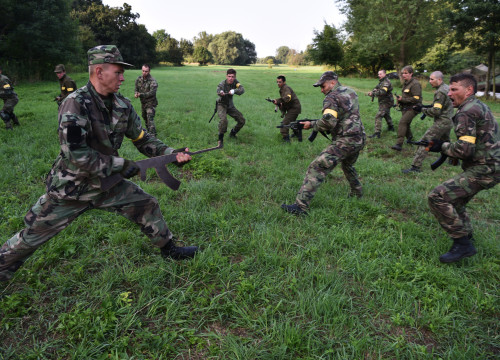