Is it possible to reconcile the risks of climbing with the decision to become a parent? But above all, is it right to decide to face potentially very dangerous situations, placing your life at risk, when there is a child at home waiting for you? The director decides to deal with this question by inviting a group of people who all lost a parent on the K2 during their childhood. The mountains are shown here as the ultimate place, in more than one sense: both as an extreme limit to which people tend to gravitate, and as the conclusive place of an existence. By assembling archive material, interviews and footage of this unusual expedition, the director asks himself about the meaning of challenges, the mountains and parenting.

A documentary maker, producer, camera operator and climber, Eliza Kubarska graduated at the Academy of Fine Arts, specialising in sculpture and visual arts. She has produced and directed prize-winning short films, full-length films and documentaries selected for national and international festivals. A lover of the mountains and an enthusiastic traveller, she has participated in and filmed exploratory expeditions to Greenland, Pakistan, Mexico, Borneo and Vietnam. 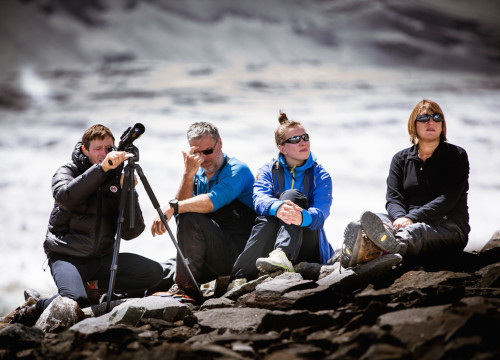