Polish climber Piotr Pustelnik is attempting to climb his fourteenth Eight Thousander, Annapurna, for the fourth consecutive time. This time he is doing so with his friends Peter Hamor, Piotr Morawski and Darek Zaluski. The expedition, which is being made Alpine style, reaches the crest of the mountain at almost 8000 metres. At this point, however, the team are faced with a decision that will be decisive for their safety: should they turn back, or continue the last 150 metres between them and the peak although a terrible storm is brewing?

Polish mountaineer Dariusz Zaluski has climbed four Eight Thousanders and has taken part in a number of winter expeditions to the Himalayas. He combines his love for the mountains with his work as a director. He has shot a range of documentaries on some of the world’s highest mountains. His films have won awards at a host of international film festivals. 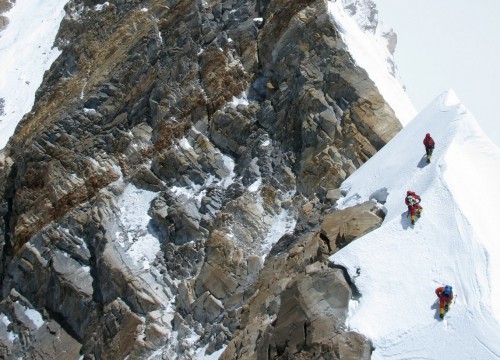